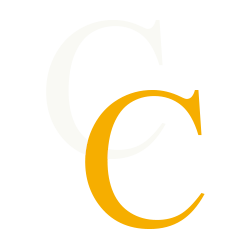 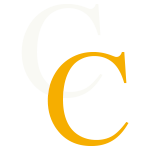 Carl Corcoran’s music career started in the mid 70s when under the moniker of Jamie Stone he recorded three albums for EMI that featured original material and collaborations with various co-writers. In the late 70s he moved to New York, where for twenty years he pursued a career in songwriting, publishing, management and performance. He also developed a passion for radio, which he continued on his return to Ireland in 1999, presenting shows on RTÉ Lyric fm and RTÉ Radio 1 including The Lyric Breakfast and the acclaimed late-night programme The Blue of The Night, until his retirement from RTÉ in 2017.

Former presenter and curator of the critically acclaimed Blue of the Night on RTE lyric fm, Carl Corcoran is a skilled arts professional. Carl has worked across all sectors of the music industry – composition, performance, publishing, broadcasting, event management, production and promotion. Carl is a passionate advocate of the Arts in Ireland and is committed to supporting and promoting Irish artists at home and abroad.

Since September 2017 Carl has acted as Course Director of the Masters in Songwriting at the Irish World Academy of Music and Dance at the University of Limerick. In October 2019 he was invited to join the Board of Music Network, Ireland – a role he has embraced enthusiastically and one that gives him the opportunity to engage further with the Arts Community at home and abroad.

In Carl’s teens in the 1970s, Carl signed a recording contract with EMI(Ire) for three original albums written by himself and various collaborators under the moniker of Jamie Stone. Carl’s first album ‘New Day’ gathered six awards at the RMI Awards in 1974, including Artist of The Year. His songs ‘Gulliver’ (’74 )and ‘I Believe in Love'(’76) were chart toppers in the Irish charts.

In 1978, Carl headed for New York. The American sojourn lasted 20 years and brought experiences of a varied nature in the world of entertainment. He established himself as a popular and busy performer in the Irish American community, releasing a CD of Irish and Irish inspired original songs on the Rego Label – called “Dancing the Dublin Reel” – voted the “Album of the Year” by the Irish Echo in 1996. In the latter five years, the passion for radio was irresistible. Carl played an anchor role in a successful commercial radio station in New York, where he presented Irish specialty shows as well as maintaining the Morning Shift weekdays 9am-12 noon at WTBQ….playing music from the 50’s through the 90’s.

On returning to Ireland in 1998, a move which coincided with the setting up of RTÉ lyric fm, Carl was asked to host ‘The Third Wave’ late night on Lyric (Sat and Sun), which he presented for three years. Simultaneously, Carl became a regular presenter on RTÉ Radio1 until the slot at The Lyric Breakfast came his way. Carl remained in that early morning role for four years, until October 2007 when the Breakfast Man returned to the once familiar night hours at RTÉ lyric fm taking over the role of Presenter for The Blue of the Night – the highly acclaimed late night slot – a role he performed for 10 years until taking up his current position as Course Director at Irish World Academy.

In The Echo: Field Recordings from Earlsfort Terrace is out now. You can order your copy on Bandcamp, pick it up on selected stores or listen to it on streaming platforms 🎵🎧

Out today. 'In the Echo' is a collection of collaborations from the 'Writer's Block' in the @NCH_Music gathered by Ross Turner. I've a piece with @crashensemble as well as tunes from @wearevillagers @DanceKatieKim @ciannugent @lisaoneillmusic @paulisanoonan and many more... https://twitter.com/ergodos/status/1443499422940336135

Great #songwriting workshop today @IWorldAcademy @UL with Irish folk legend @JohnSpillane_ a man with an amazing talent for #melody #lyrics & #guitar and a super positive outlook to the process!👏👍@corcorc

To Feel The Power of Love – a song for these times

This song was born in the early days of Covid Lockdown. Sunrise walks on the Hill and the Piers of beautiful Howth; some Covid Cave ruminations and meditations – and Voila!   Like many of my songs and co-writes over the last 25 years it was written with A.N.Other singer in mind. But with a little magic dust from my son Kevin Corcoran (renowned keyboardist with Villagers, I Have A Tribe, Jake Clemmons, Sun Collective, Saso)  as Producer  and much encouragement from family, friends and colleagues (in particular Luka Bloom) I’m sending my version into cyber space - first ‘release’ in 25 years!   And to add to it – Billie de Buitléar captured the beautiful video shots. Sorca O'Farrell, a favourite Howth artist has often inspired me with her beautiful etchings, especially her ‘Forest Wisdom’ featured above and at the opening of the [...]

Blog for Faculty of Arts, Humanities and Social Sciences @UL

Songwriters are inspired by an inner voice and spirit, coupled with a desire to move the listener (or should be). But finding the subject matter for such creation can often be a tedious and difficult pre-occupation. Certainly, there are tricks and tools of the trade that make searching for the inspiration that much easier. Maybe you engage in the practice of free writing (where you write continuously for a set period with no regard to spelling, grammar, subject matter or continuity thereby opening up the creative flow) or perhaps you are a regular Morning Pages writer following the ‘creativity liberating’ techniques espoused by Julia Cameron in her hugely popular ‘The Artist’s Way’ (the seminal book on the subject of creativity…again liberating the creative force within). Every songwriter has their own unique approach to the process and the response to stimuli around them. Some advocate [...]

I'm delighted to host and present renowned singer songwriter Sarah McQuaid - DADGAD Workshop 3-4pm and In Concert 8pm. Email Howthsongwriting@gmail.com or me directly at carlcorcoranmusic@gmail.com. Sarah McQuaid - An Introduction To DADGAD Described by The Irish Times as “a godsend to aspiring traditional guitarists,” Sarah McQuaid’s The Irish DADGAD Guitar Book has become the standard reference on the subject. Topics covered in the workshop include basic chord shapes in DADGAD, the capo and its uses, backing guitar styles, chord patterns, ornamentation and an overview of the modes (Mixolydian, Dorian, etc.) that are typical of traditional tunes and songs. By way of illustration, Sarah will teach participants to accompany a song in DADGAD, including a simple instrumental break, and will then “take apart” another song, demonstrating how different patterns and variations can be introduced to make the accompaniment more interesting for the listener. [...]

Read More
GET IN TOUCH

And they’re off - MA Songwriters Class of ‘22

Thanks to @musiccrowns for posting this beautiful

Coming this Friday to a ‘platform’ near you. H

Tonight, the first in a series of Concerts (a rare

Another airing of @ardumusic recording of To Feel